The world’s biggest truck manufacturer, Daimler, has said it will no longer develop fossil gas-powered trucks as they will not advance its goal of offering a carbon-neutral fleet. Daimler Trucks said it would instead invest in electric and hydrogen lorries. 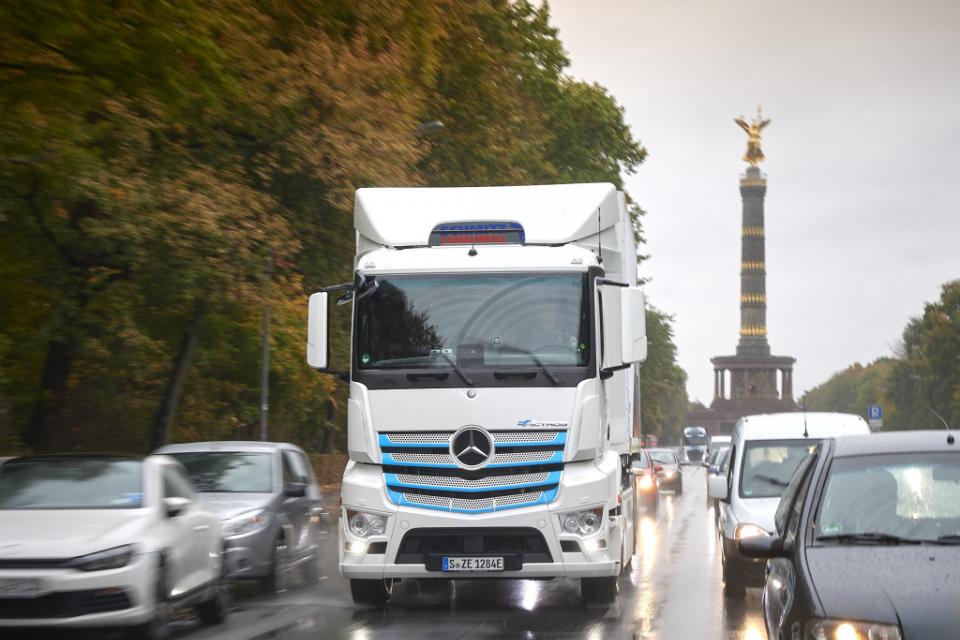 Noting that gas engines are fossil-based Daimler Trucks and Bus head Martin Daum said the company was not going to ‘spend a lot of money on something that does not have a long-term future, when we can use that money much better elsewhere.’

Gas offers little or no greenhouse gas reductions compared to diesel trucks – especially when the extraction and transportation of the gas is factored in, a recently published T&E report showed. Despite this, Iveco, Scania and Volvo have been developing gas trucks while the fuel is supported by EU governments with tax breaks, road toll exemptions and subsidies for its use in transport.

Daimler will now focus its efforts on battery-electric versions of its range of commercial vehicles, including the Mercedes-Benz eActros truck which is set to start production in 2022. It foresees hydrogen-powered rigs being available by the end of the next decade.

In September a T&E report, based on emissions tests by the Dutch government, found that two Scania and Iveco trucks with spark-ignition engines recorded tailpipe greenhouse gas emissions just 3 to 5% lower than the diesel truck with the lowest test result. A Volvo LNG truck with high-pressure direct injection reduced emissions by 14%. But when the extraction and transportation of the gas, including methane leakage, is factored in, spark ignition LNG trucks are worse for the climate than diesel, while HPDI gas trucks are only delivering a small benefit.

Trucks powered by liquified natural gas can also pollute the air up to five times more than diesel trucks, according to the on-road tests commissioned by the Netherlands government.

T&E’s clean trucks manager, Stef Cornelis, said: ‘Daimler has come to the conclusion that gas trucks are not clean and spending money on them would be a bad investment. It’s past time that policymakers reverse their approach of subsidies for gas trucks, investments in LNG infrastructure and tax breaks for what is just another polluting fossil fuel.’

Beyond Daimler, other European truckmakers like MAN, Renault and DAF are developing urban delivery electric trucks. Renault has accepted orders for its e-truck range. MAN is at a similar stage while DAF is partnering with fellow-Dutch vehicle-maker VDL to produce e-trucks.