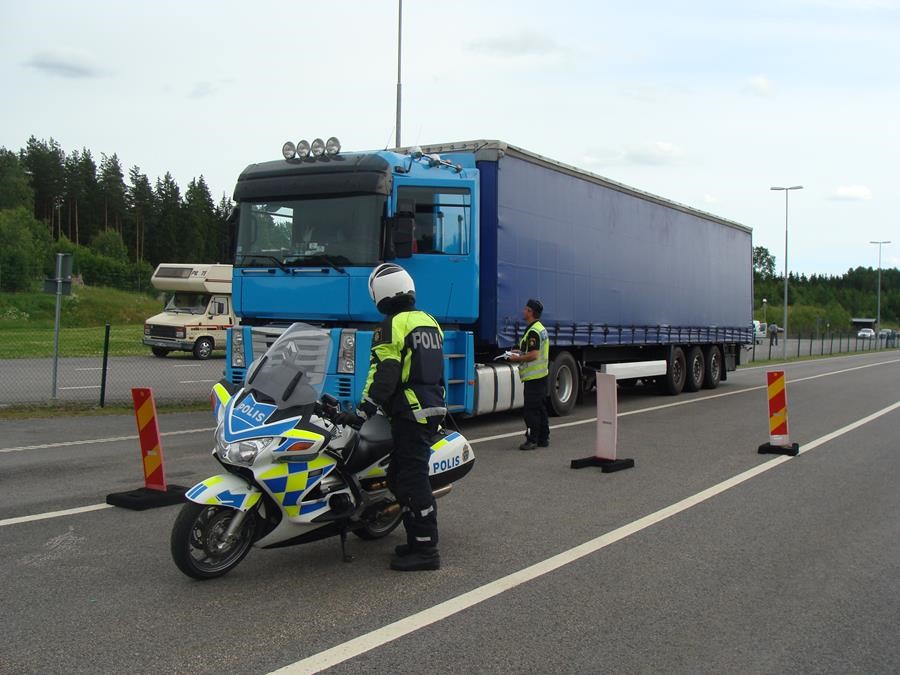 From 19 to 24 February, a Europe-wide TISPOL enforcement operation focusing on trucks and buses took place. The safety of commercial goods and passenger transport was central to the operation, which involved coordinated police controls in 29 participating  countries.

There were 2,092 occasions where a vehicle was prohibited from travelling any further due to its dangerous condition (2,046 trucks and 46 buses).

On average, violations or faults were found in 29% of trucks and 18% of buses.

Volker Orben of TISPOL’s Executive Committee said: “European police officers have a very high standard of training in heavy traffic controls, which is reflected in the high complaint rate.”

Most of the offences were found in the areas of driver regulations:

There were 3,413 instances where tachographs were not properly managed.

Manipulations of digital tachographs were detected in 370 cases.

Also, 212 alcohol offences and 86 drug offences were detected among drivers.

This is almost double the rate from controls 12 months ago, in February 2018, where there were 115 offences across Europe (80 alcohol and 35 drug-driving).

In 7,857 cases the technical condition as well as the load securing was incorrect, and in 1801 cases it was so serious that a truck’s onward journey had to be prohibited.

Although the offences in the dangerous goods sector initially appear small in percentage terms at less than 3%, there were still have been 703 offences (a rise of 240 – or 51% – on the same period of the previous year).

Regarding bus offences, the most common violations were missing documents(58), the non-wearing of seatbelts (22), excessive speed (18) and technical defects (8).

Volker Orben continued: “These results show that inspections in the area of ​​heavy goods traffic and passenger transport are still an important approach to improve traffic safety.

“Especially in the field of ​​passenger transport, passengers must be able to rely on the fact that the vehicles are in perfect technical condition and the drivers are not fatigued.”

The next TISPOL operation will take place from 1 to 7 April, with the focus on Speed. A key part of this will be the European Speed Marathon, involving police officers in 26 countries on 3 April.