You are here: Home1 / Goods Transport2 / The EU Mobility Packages – Europe on the Move 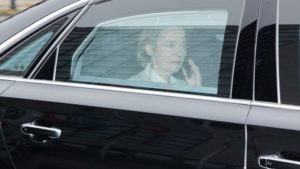 Transport and mobility policies look set to go into overdrive under the next European Commission, as a heady mix of climate change ambition and competition concerns dictate the direction of travel. This is what the vision looks like.

Incoming Commission President Ursula von der Leyen built support for her candidacy by pledging to put green policies at the heart of her five-year-long mandate. Her nominations for Commissioners have largely reflected that promise.

“It is great to see the challenge being recognised in the appointment of Timmermans as vice-president for the EU Green Deal. This is a major assignment. Reaching climate-neutrality won’t be easy,” according to policy analyst Annika Herdberg.

“It will require leadership, political will, the ability to build bridges, and taking action across many different sectors, from energy to agriculture, from transport to financing, from industrial processes to buildings,” she added.

But given that transport is one of the few areas of the European economy where emissions continue to rise, it will be of utmost importance that policymaking under her watch makes progress, if the EU is to honour its internal targets and the Paris Agreement.