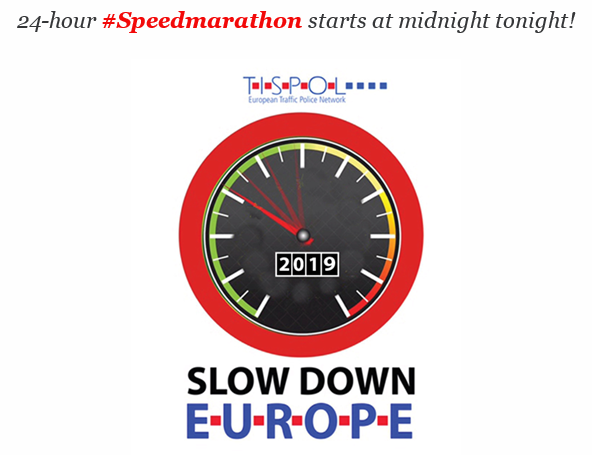 Police officers across Europe have begun their latest week-long speed enforcement operation, which runs for a week until Sunday 7 April. Included in the week’s activity is this year’s 24-hour ‘Speed Marathon’, starting at 0000 tonight.

Figures from 2018 show that of 3,244,397 vehicles checked during the 24-hour operation, 92 per cent were using legal speeds. However, 257,639 speeding offences were detected, either by police officers or by technical means.

The ‘Speed Marathon’ concept was devised six years ago in Germany. The concept, which involves inviting members of the public to identify locations where they believe speeding is a problem, has been adapted and this year is to be used in 26 participating countries.