The biggest myth about the minute’s rule

You are here: Home1 / The Professional Driver and the EPDA2 / Blog: driving and rest period3 / The biggest myth about the minute’s rule 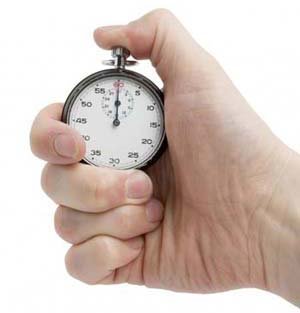 The biggest myth about the minutes’ rule

Since the introduction of the digital tachograph in May 2006, the tachograph regulation has changed several times. One of the most important changes was the introduction of the minute rule. At least this change has reached the highest profile and attracted a lot of attention. From this, however, many myths have emerged. We want to clarify a very widespread myth in this article.

The term “minute rule” probably knows every driver and every transport operator. But where does this name come from, although very few drivers and transport operators have ever really worked intensively with the tachograph regulation? Responsible for the popularity of this, actually unofficial concept, are the manufacturers of digital tachographs. They used the 2011 amendment to the Tachograph Regulation to carry out intensive advertising for this new function. Even today, many advantages of this function are suggested to the companies, which, on closer examination, are relativized very quickly.

This intensive advertising is certainly also responsible for the fact that in practice many myths have developed around this topic. One of these myths persists to this day. The speech is based on the claim that the minute rule allows smaller vehicle movements during a break or rest period. But, is this really the truth? Did the minute rule actually affect the driving and rest regulations?

To answer these questions, it’s time to explain what’s behind the term minute rule. In the Tachograph Regulation, more precisely in the technical annex 1B, the rules for the calculation and recording of the various activities are determined. Activities are the driver’s possible activities such as driving, other work, the period of availability, break and rest. With regard to the driving activities, the following rule was specified in the version of the technical annex until October 2011: If the driving activities occur within a calendar minute, the entire minute is considered a directing activity. The driving activity always occurs on all tachographs when corresponding pulses from the speed sensor are delivered for at least 5 seconds. In the past, all vehicle movements of 5 seconds were already recorded as 1 minute driving time. Especially when driving with frequent stops so many, supposedly unjustified, minutes of driving came about.

With an amendment to the Tachograph regulation on October 2011, this calculation method was changed. From then on, counting calendars minute always counted the activity with the largest coherent share. This means: If the activity driving is not the longest continuous portion of a calendar minute, so this minute is not recorded as a driving time in the tachograph and on the driver card. The term minutes rule was born.

The attentive reader will not have missed that the aforementioned explanations have referred exclusively to technical rules. The driving and rest regulations had not changed! It is true that Article 4 (j) of that regulation defines driving time as the time taken by the tachograph as such. At the same time, however, this article also defines the terms “driving break” and “rest period”. The main feature of these two terms is that during these times no other work may be performed and these times are for recreational purposes only. Other work is any activity that the driver performs as part of his role as a driver. Thus, the vehicle movements are among the activities that the driver performs in the context of his job.

The conclusion to the minute rule:
The minute rule never meant to allow the driver to drive a few meters unrecognized during a break or rest period. The same as the driver is prohibited during his break or rest period, to carry out company activities, so it is of course not allowed to drive the vehicle for 54 seconds – be it only a few meters. These vehicle movements can be detected by the speed records of the digital tachograph depending on the time period.