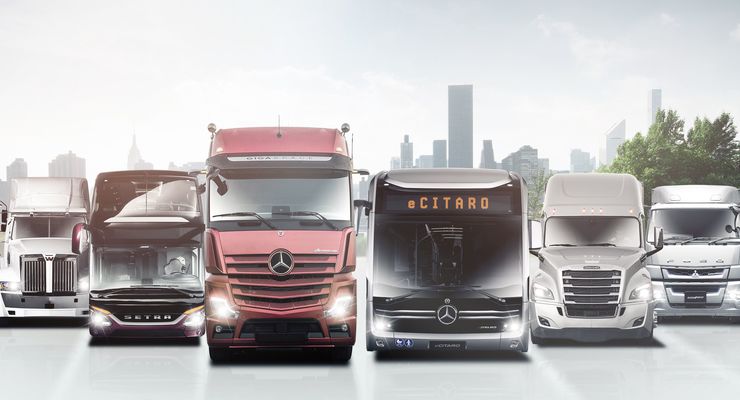 The Daimler Group has warned that tougher emissions rules in the EU will hurt its profits over the next two years. Daimler Group is struggling with falling profits as it looks to make a costly switch to electric vehicles. In the segment of vans and buses, the car manufacturer expects growth, and in the truck core markets a downturn.

The Daimler Group expects various commercial developments in the commercial vehicle segment in the future. In the course of further urbanization and the digitization of the trading business, the carmaker sees a growth field in the van business. In order to increase the competitiveness of Mercedes-Benz Vans, the material and personnel costs in this environment should nevertheless be reduced by 100 million euros.

As far as market share and profitability are concerned, the Daimler Group rank the Daimler Buses and Daimler Trucks North America (DTNA) business units among the best in the industry. Together, they would make up 55 per cent of sales. The profitability of Mercedes-Benz Trucks in Europe and Latin America –

According to its own statements, Daimler Trucks expects demand in the core markets of the USA and Europe to decline in the short to medium term. Contrary to this development, however, demand in the bus segment should continue to rise. Either way, Daimler Trucks & Buses is exposed to persistently high investment and cost pressure in the coming years. This is based on the need to develop electric drives and invest in the automation and networking of trucks and buses.

Despite the expected decline in demand for trucks in the US and Europe, Daimler sees growth and earnings prospects in the heavy truck segment – which the Group is keen to concentrate on increasingly. Significant business potential is attributed to the Schwaben currently highly automated trucks that operate on highways between logistics hubs. Against this background, Daimler Trucks & Buses wants to achieve a return on sales of at least five per cent by 2020, and at least seven per cent by 2022.