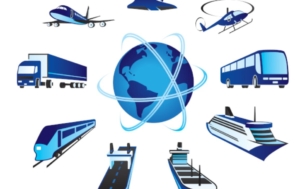 Transport Committee MEPs endorsed on Monday (08 June 2020) the deal reached with EU ministers on a major reform of the road transport sector.

The revised rules for posting of drivers, drivers’ rest times and better enforcement of cabotage rules (i.e. transport of goods carried out by non-resident hauliers on a temporary basis in a host member state) aim to put an end to distortion of competition in the road transport sector and provide better rest conditions for drivers.

Clear rules on posting of drivers

Confirming its decision from January, the Transport and Tourism Committee supported in second reading all three social and market access files. The Rapporteurs’ recommendations were adopted without amendments and received:

30 votes in favour, 19 against and no abstentions for clear rules on posting of drivers;

33 votes in favour, 15 against and 1 abstention for the drivers’ rest times;

33 votes in favour, 16 against and no abstentions for new rules on market access and cabotage.

A provisional agreement was already reached between the Council presidency and the European Parliament in December 2019. The Transport Committee first backed the deal with the EU Ministers on21 January. The Council adopted the reform on7 April.

The full house will vote on the reform during its July session. The new rules will be considered to be adopted if no amendments are voted through with an absolute majority in favour (i.e. at least 353 votes).