Blog - Latest News
You are here: Home1 / News: Goods Transport2 / Drivers are not allowed to spend regular weekly rest periods in their ... 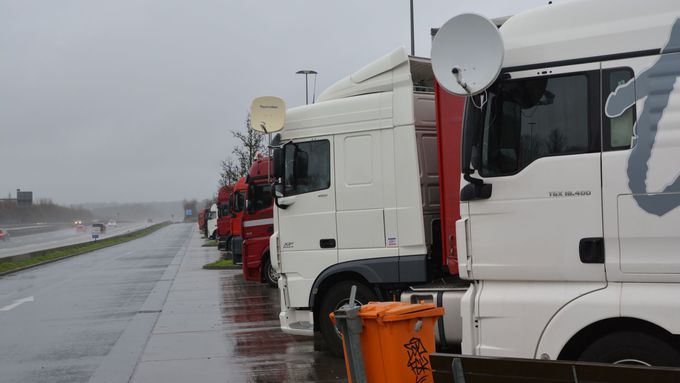 European legislation prohibits truck drivers from spending the reduced or regular weekly rest periods in their vehicles. This conclusion was reached by Evgeni Tanchev, the Attorney General of the European Court of Justice (ECJ) in Luxembourg.

The background is the action brought against the Belgian State by the Belgian transport company Vaditrans BVBA. Vaditrans wanted to ensure that Belgium withdrew the judgment of April 2014, which, the operator was sentenced to € 1800.00 per driver, having his drivers spending the regular weekly rest periods in their vehicles. The Belgian State Council had appealed to the ECJ for clarification in the context of a preliminary ruling procedure. A final decision of the Court is still pending, but the ECJ in most cases follows the Opinion of the Advocate General.

Up to now, the Court has not yet been directly concerned with the question whether the regular weekly rest periods referred to in Article 8 (6) and (8) of Regulation No 561/2006 may be carried out in the vehicle for drivers. The Regulation itself does not provide any express rules. In addition to Belgium, the German, French and Austrian Governments as well as the European Commission had submitted written observations stating that the existing rules had to be interpreted as a ban. This is the only way to achieve the objectives of the regulation, to improve the working conditions of drivers and road safety. Vaditrans and the Estonian and Spanish governments were of the opposite opinion.

In his Opinion, the Advocate General notes, inter alia, that a comparative study on the assessment of social legislation in the road transport industry and its enforcement has resulted, that it is not permissible for drivers in 19 out of 24 Member States, the regular weekly rest periods in the vehicle, in five Member States it is allowed and for three Member States are both answers correct.

A prohibition is, in any case, the approach pursued by the majority of EU Member States. The current procedure is by no means a mere technical aspect of the Union’s road transport policy, he stressed. Rather, it is a matter of looking at complex social-law problems, among other things, are of great importance for road safety and protection of workers.

Because these cookies are strictly necessary to deliver the website, refusing them will have impact how our site functions. You always can block or delete cookies by changing your browser settings and force blocking all cookies on this website. But this will always prompt you to accept/refuse cookies when revisiting our site.